NO&T Providing Support in “Marriage For All Japan” Lawsuit 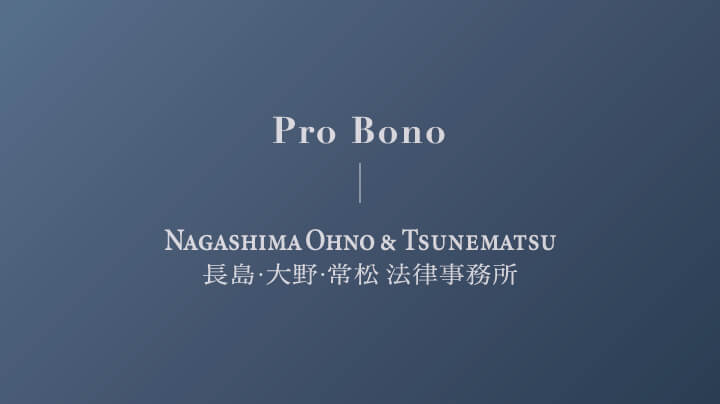 Nagashima Ohno & Tsunematsu (“NO&T”) is providing support in the “Marriage For All Japan” Lawsuit.

Two of our lawyers, Akiko Inoue and Mai Kotani, are providing representation in the lawsuit in Tokyo.

We have also been continuously supporting the activities of the Lawyers for LGBT & Allies Network (LLAN) for some time.

In supporting the LLAN, among other activities, we have researched global legal systems and have translated English evidence into Japanese for submission in the proceedings for the “Marriage For All Japan” Lawsuit.

With the goal of sharing the details of the nationwide lawsuit that was filed on February 14, 2019, with a larger audience, we translated the complaint into English. The judgment in this lawsuit, issued by the Sapporo District Court on March 17, 2021, was the first judicial decision in Japan that directly addressed the issue of same-sex marriages vis-à-vis the Constitution. The Court stated in the judgment, “the failure to recognize same-sex marriages violates Article 14 of the Constitution, which mandates equality under the law.” For more information, please visit LLAN’s website and CALL4’s website.

Back to Pro Bono