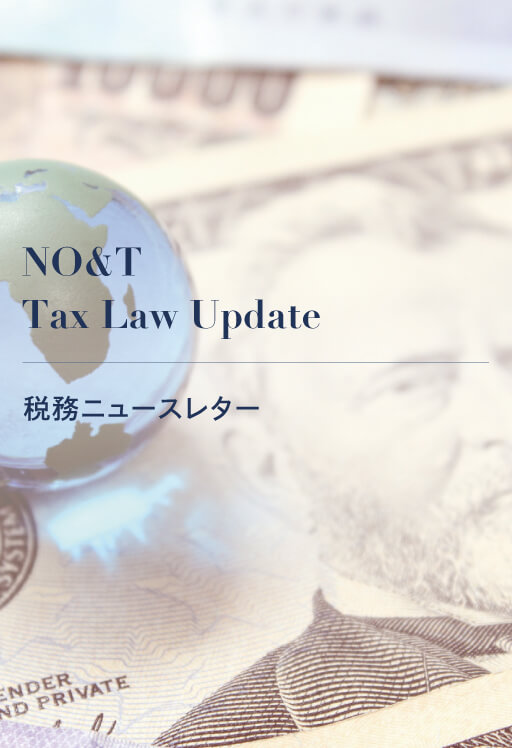 A Nikkei article in April 2022 reported that the Ministry of Justice and the Ministry of Internal Affairs and Communications of Japan jointly sent a letter to 48 foreign-based IT companies, reminding them of the legal obligation to register a “representative in Japan” pursuant to the Companies Act of Japan, based on an alleged finding that they are doing business in Japan for the Companies Act purposes. Further, it has come to our attention that, in early June 2022, the two Ministries jointly sent a follow-up letter, warning that a penalty of an administrative fine may be imposed if the addressees still refuse to comply.

Registration of a representative in Japan, by itself, is not an onerous task. However, there has been a concern over an adverse side effect – whether the registration may trigger unintended Japanese tax consequences, or being subject to the full Japanese corporate income taxation, based on the reason that the registered representative constitutes a permanent establishment (PE) in Japan of the foreign-based IT company.

This newsletter discusses a suggested practical approach to mitigate the PE exposure, while complying with the government’s initiative, based upon our recent experience with our valued client.

Why a PE Concern Arises

Agent PE. Under Section 817(2) of the Companies Act of Japan, a representative in Japan of a foreign company (as provided in Section 817(1) of the Companies Act) shall have an authority to do any and all judicial and extra-judicial acts on behalf of the foreign company in connection with its business. In short, this is a comprehensive representative authority, which of course includes an authority to conclude contracts to bind the foreign company. This statutory default rule may give rise to a PE concern; that is, a category of a PE generally called an “agent PE” may be found to exist. An agent PE will be found, generally under tax treaties, if a foreign company has an agent located in Japan who (i) has an authority to conclude contracts on behalf of the foreign company and (ii) habitually exercises such authority. The above default rule of the Companies Act appears to satisfy element (i) at least. Element (ii) is a matter of fact; so this would not be met unless the relevant fact exists. However, such a factual nature of the element appears to be a source of uncertainty and concern, as this would ultimately be tested at the tax audit and the fact-finding to be made by the field tax auditors is not necessarily predictable.

Branch PE. In addition, another category of a PE called a “branch PE” would not necessarily be irrelevant depending upon the facts and circumstances. A branch PE will be found if a foreign company maintains a fixed place of business such as a branch in Japan to carry out its business in Japan. For this purpose, generally under tax treaties, even an office space or desk of another entity (e.g., its subsidiary in Japan) may be deemed a branch PE, so long as that place is fixed and at the disposal of the foreign company. Depending upon the relationship between the foreign company and the representative, he/she may constitute a branch PE.

Foreign companies that are faced with the aforementioned situation may want to take the following two measures, while complying with the government’s initiative and avoiding the penalty:

As the tax authority is mandated to independently examine and verify facts in a tax audit as to whether the registered representative indeed constitutes an agent PE as an exercise of the enforcement authority of tax law, and is not entering into a commercial transaction with the foreign company through the representative, the tax authority should be outside the ambit of the protection under Section 817(3).

If this is done, the representative authority of the registered representative may virtually be limited to accepting service of process of complaint in civil litigation at Japanese courts naming the foreign company as defendant. This is the very purpose of the initiative of the government this time, and this would not be impaired.

Factual measure. This means to avoid creating adverse facts. This includes the following, and should better be addressed in the service agreement mentioned above:

(i) The representative should be appointed among persons who are not affiliated with, or involved in the business of, the foreign company (e.g., external attorneys or corporate secretarial service providers). The same status should be maintained after the registration. This should help substantiating the position that the representative is registered solely to satisfy the legal formality and is not supposed to engage in advancing the business of the foreign company in Japan. The two Ministries’ recent letter has clarified that even a Japanese company rather than an individual can be registered as a representative.

(ii) Both parties will of course comply with the contractual agreement as discussed above, so that the representative, even occasionally or non-habitually, will not enter into any contracts with any third party on behalf of the foreign company (including an engagement of attorneys in civil litigation). This should successfully negate satisfaction of the element of an agent PE, on a belt-and-suspenders basis, from a factual perspective as well.

Due to the notorious “sectionalism” of Japanese government agencies, the initiative of the two Ministries does not seem to take into consideration any tax matters. As such, foreign companies are forced to manage the PE risk on their own. In the apparent absence of tax rulings or guidance on this issue at this point, well-advised foreign companies should be able to mitigate the PE exposure, leveraging all available legal/contractual and factual techniques as discussed above, and thereby control the associated legal and reputational risks.

This newsletter is given as general information for reference purposes only and therefore does not constitute our firm’s legal advice. Any opinion stated in this newsletter is a personal view of the author(s) and not our firm’s official view. For any specific matter or legal issue, please do not rely on this newsletter but make sure to consult a legal adviser. We would be delighted to answer your questions, if any.